The New Brunswick Museum participated in #MuseumWeek2022 on its social media channels. This is a worldwide event, with participants sharing content on 7 themes with 7 hashtags over the 7 days of the event, from 13-19 June.

The Reviving Our Memories program, launched in 2021, is a free online program specifically targeted at seniors and those with mobility issues, but also became a way for the NBM to maintain public engagement during the pandemic.
https://www.nbm-mnb.ca/reviving-our-memories/ 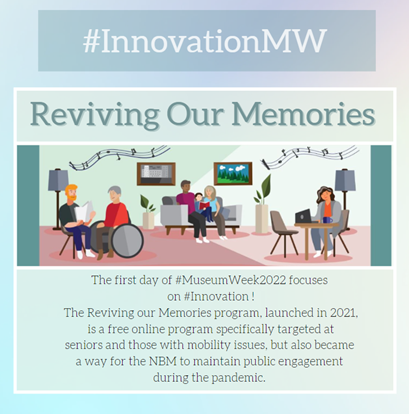 When Art Meets Science: The Work of Jared Betts
Day Two of #MuseumWeek2022 is about celebrating #Creators !
Seeking inspiration for the 2018 Images rémanentes art exhibition in Moncton, New Brunswick abstract expressionist artist Jared Betts reached out to the New Brunswick Museum (NBM) about the possibility of examining butterflies in the NBM insect collection. The product of this collaboration was a unique fusion of Art and Science that Betts titled Nymphalidae Phosphorescence.
https://www.nbm-mnb.ca/the-new-brunswick-museum-collections-continue-to-inspire-artists-art-meets-science-in-jared-betts-project/ 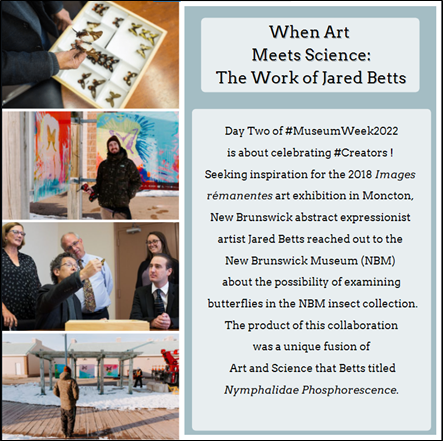 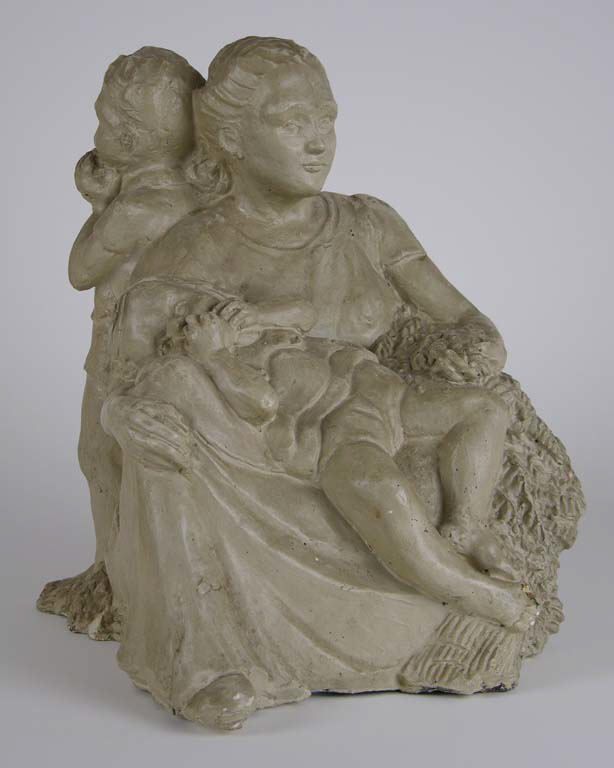 Violet Amy Gillett (1898-1996) was an artist, teacher, author and craftsperson who played a pivotal role in art education in New Brunswick. She attended the Ontario College of Art in Toronto and the Royal College of Art in London, England. Between 1926 and 1948, she taught as principal in the Department of Fine and Applied Art at Saint John Vocational School and she also served as the secretary of the Maritime Art Association and later as its president. She was also instrumental in writing the art curriculum for the province’s Department of Education. In 1947, she established, with her sister, Beatrice L. Rivers, an arts and crafts shop in Perth-Andover. Gillett’s diverse talents brought first-hand knowledge to the training she provided her students and her keen observation informed her impeccable designs that captured the people, life and community around her.

This piece was produced in response to a challenge that was inspired by a Franklin Delano Roosevelt speech that focused on the freedoms for which the Second World War was being fought. The sculpture may have been intended for an exhibition or competition relating to the representation of those freedoms in any artistic medium. Gillett’s rationale for the work was that the wheat represented food and the mother holding the child represented love – both of which symbolized differing freedoms from want. 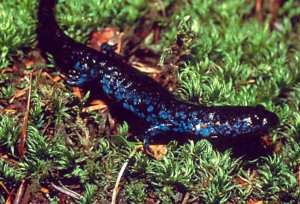 Weird Sex in Ditches –
In April Blue-spotted Salamanders in New Brunswick completed annual egg laying in ponds and ditch-water, before disappearing underground for the remainder of the year. Some hybrid forms of this salamander reproduce via a mechanism referred to as gynogenesis, in which the sperm of a male penetrates the egg and initiates development of the embryo, but contributes nothing genetically. The individuals of these forms are typically always female, with the sperm contribution provided by one of the closely-related parental species for the hybrid. 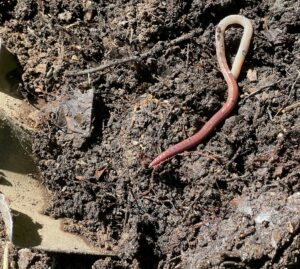 No sex in ditches –
Among the 18 species of earthworms now documented to occur in NB, all but two are European introductions. World-wide, one of the reasons some of the most widespread introductions have been so successful is because they reproduce parthenogenetically. Eggs develop without fertilization, and in these earthworms the male reproductive organs tend to be reduced and non-functional. Although nearly half of NB earthworms reproduce parthenogentically, the largest, the familiar and common Nightcrawler, shown here, is not one of them. In this species both male and female organs are present in the same individual.

Approximately 40 researchers from across North America have come together each year since 2009 for the New Brunswick Museum BiotaNB Project. An intense 14 day Biodiversity Inventory of everything from fungi to frogs in the protected natural areas (PNA) of NB. This data will be important in the long-term monitoring of biodiversity changes in the face of climate change. After a two year hiatus due to the pandemic, BiotaNB 2022 will be heading back to Kennedy Lakes PNA in August this year for an inventory of late summer Biota. 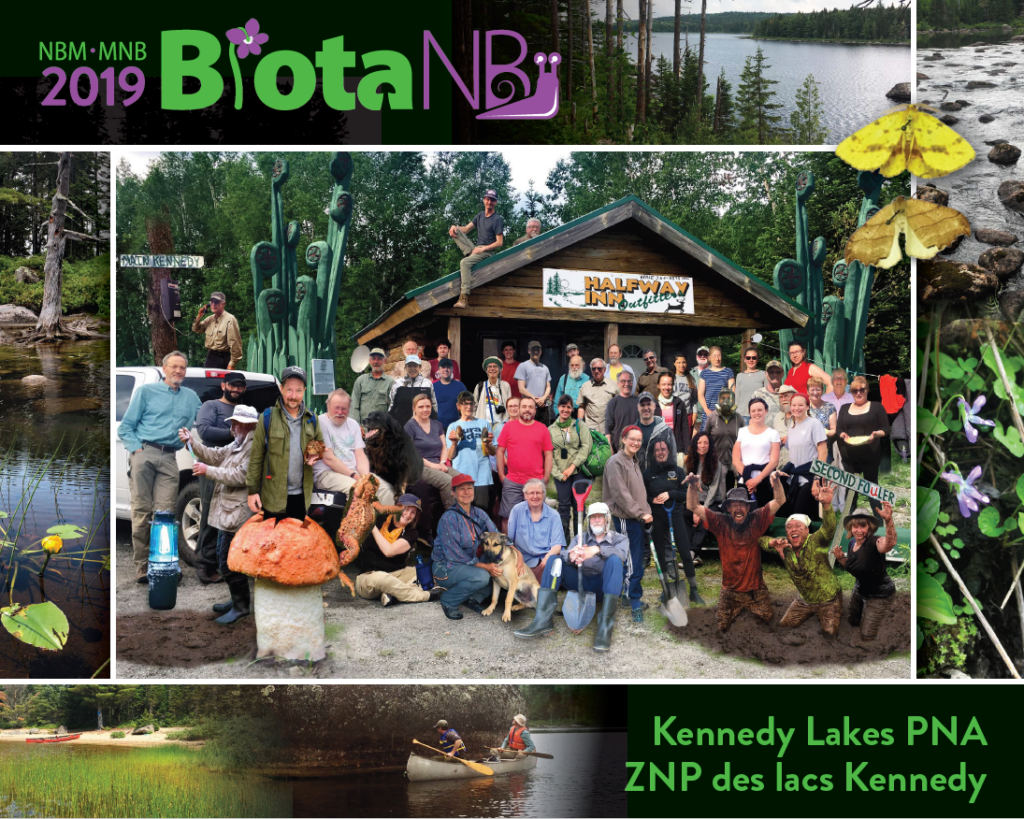 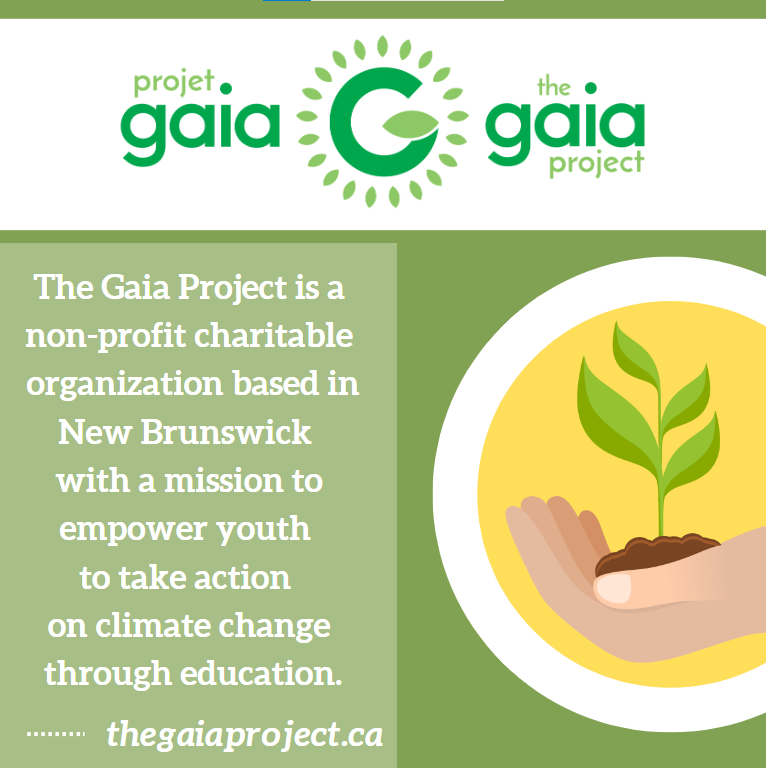 The Gaia Project is a non-profit charitable organization based in New Brunswick with a mission to empower youth to take action on climate change through education. 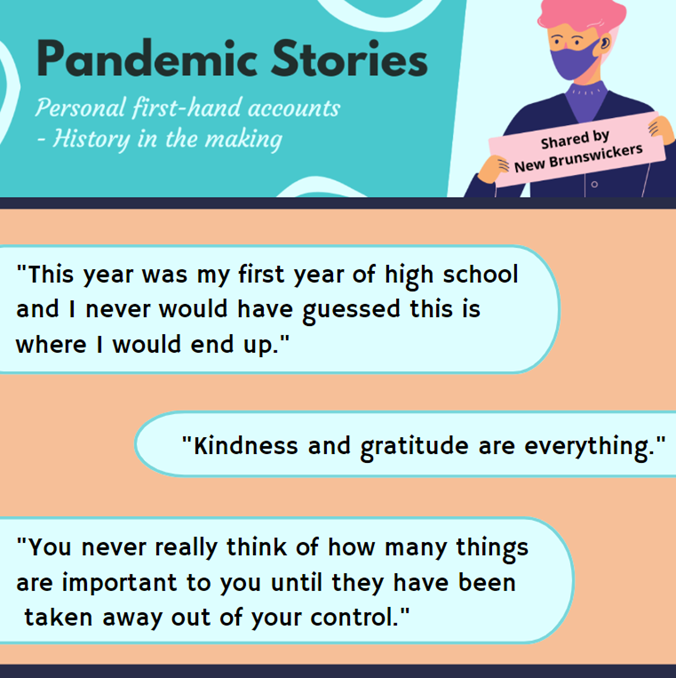 During the early days of the pandemic, NBM compiled a collection of “Pandemic Stories” submitted by the public. These stories detail the frustrations, joys, worries, and hopes of our community during unprecedented times. This heartwarming collection of short stories serve to remind us of the experiences that connect us as a community, and as human beings.

Read the collection on the NBM website at https://www.nbm-mnb.ca/pandemic-stories/ 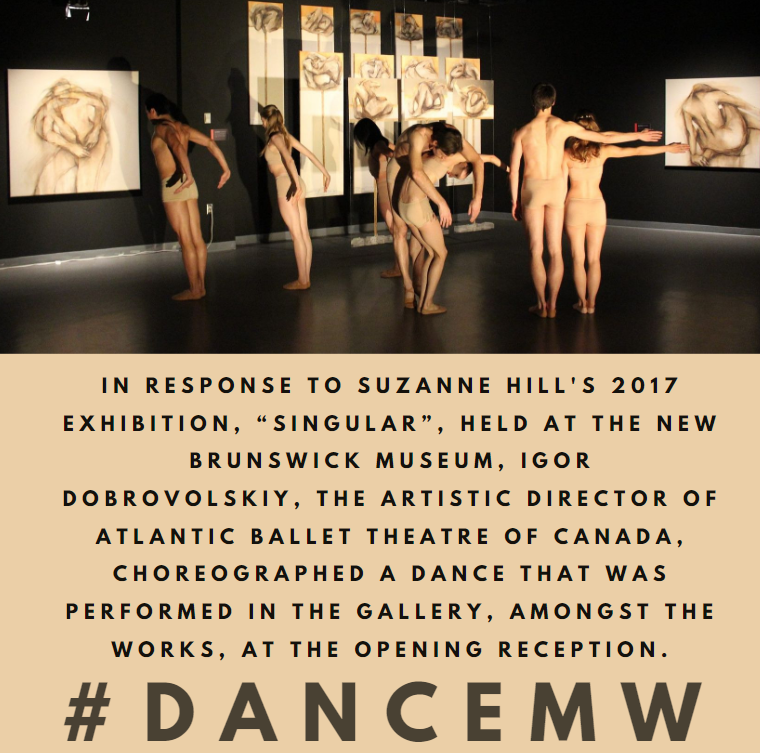 In response to Suzanne Hill’s 2017 exhibition, “Singular”, held at the New Brunswick Museum, Igor Dobrovolskiy, the Artistic Director of Atlantic Ballet Theatre of Canada, choreographed a dance that was performed in the gallery, amongst the works, at the opening reception. 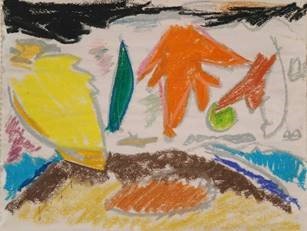 A gust of wind animates a group of brightly coloured leaf forms in this late work by one of New Brunswick’s most renowned 20th century artists, Jack Weldon Humphrey (1901-1967).

One of Humphrey’s main inspirations was the landscape around him. The details of the forests, fields, streams and shores of the province provided worthy subjects as his style transitioned from representation to abstraction. His work showed the environment in a way that it had never been previously seen.

Your ticket for: The New Brunswick Museum participated in Museum Week 2022