Wind, Wood and Sail: Shipbuilding in the 19th Century

New Brunswick in the 1800s was known the world over for its wooden sailing vessels. This gallery tells their story and the people that made them famous.

It begins with the primary material, wood, from its harvest, transport to seaport mills, shipment overseas or use in the domestic market – like building sailing vessels. In ship construction, a variety of woods were used from white spruce in the frames, decking and planking to eastern larch or hackmatack in the ship’s knees, red oak in the rudders and white pine for the masts.

Constructing a ship meant having some kind of plan. For much of the nineteenth century this was three dimensional in the form of a half model that the master shipwright carved representing one half of the exterior shape of the frames for the vessel to be built. Once the ship’s keel was laid, the frame raised and the hull planked and decked, the caulkers would drive tarred oakum into the seams between the planks to make the vessel waterproof. Then the ship was ‘fitted out’ – master craftsmen fitted out the deck cabins and put in the steering gear and deck machinery. Anchors, anchor chains, iron fittings, blocks and deadeyes and miles of rope were also installed. Usually a woodcarver was employed to carve a figurehead. The masts were raised, the ship was rigged and sail makers delivered the sails.

It was a complex business but the visitor is carefully taken through each step with artifacts from the museum’s marine history collection, historic photographs, graphic illustrations and clear, concise text making the process easily understandable. To encompass the ship construction industry, the section concludes with a large model of the Marco Polo, New Brunswick’s most famous ship, under construction. Other gallery sections include Families Under Sail, Keeping the Homefires Burning and Fortunes Were Made as well as a theatre with an audio-visual presentation on New Brunswick shipbuilding. 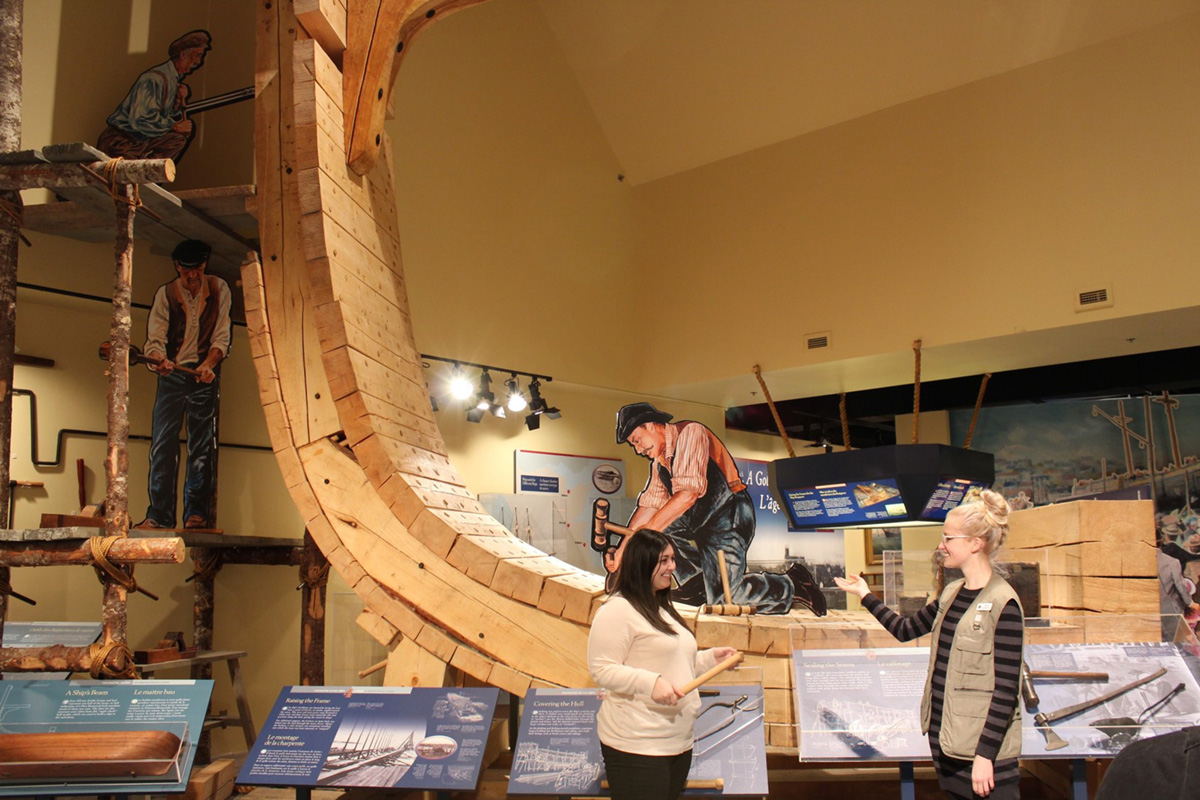 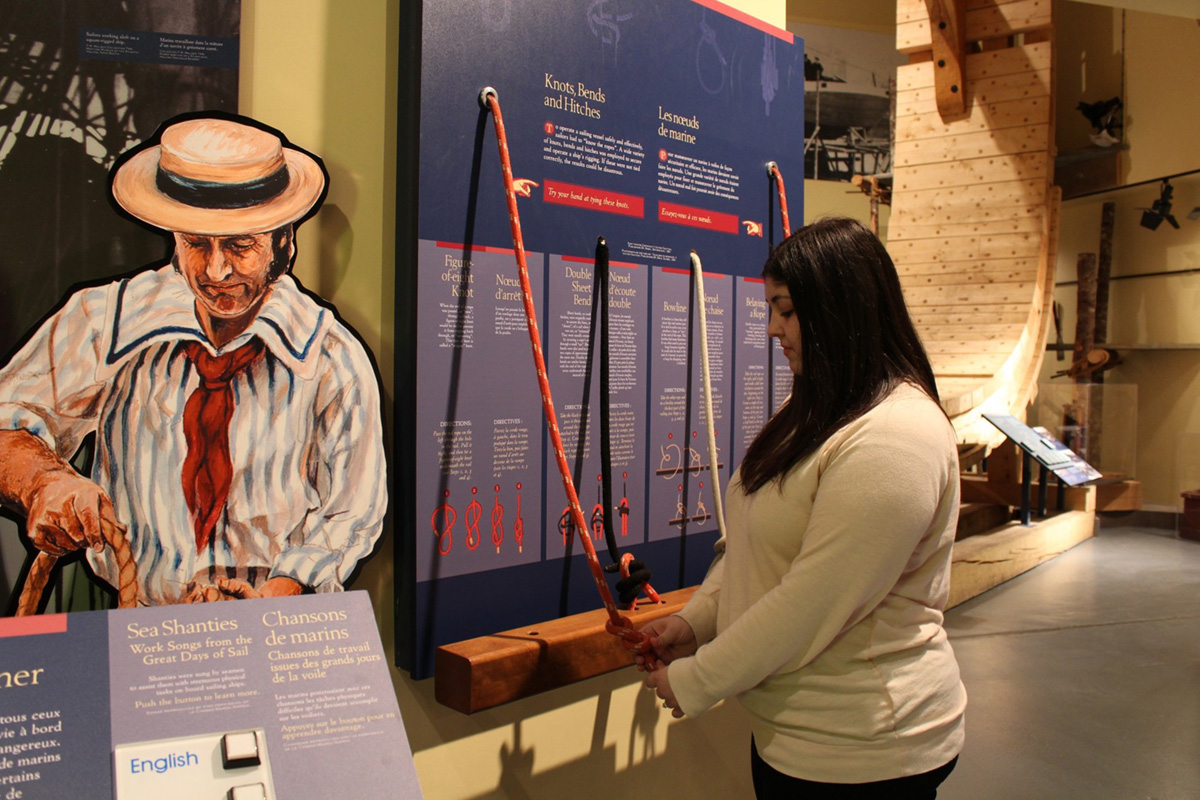 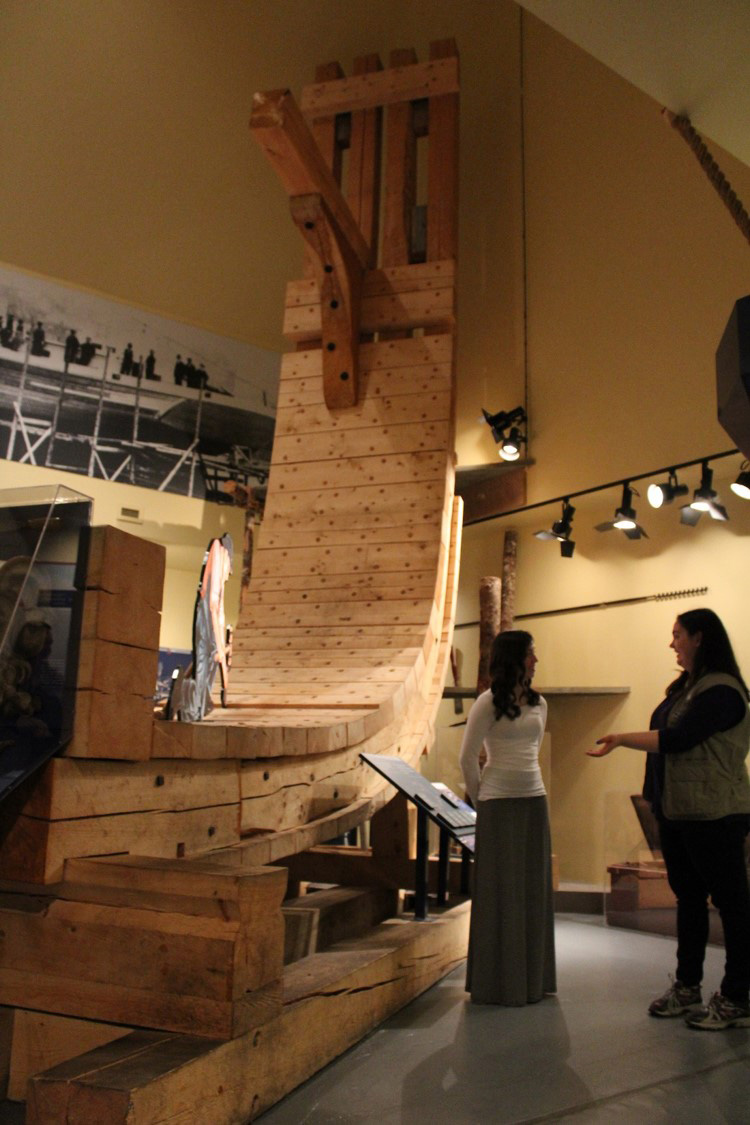 Your ticket for: Wind Wood and Sail