“Know Your Own Artists” Series at the NBM – Commemorations – Vita Plume 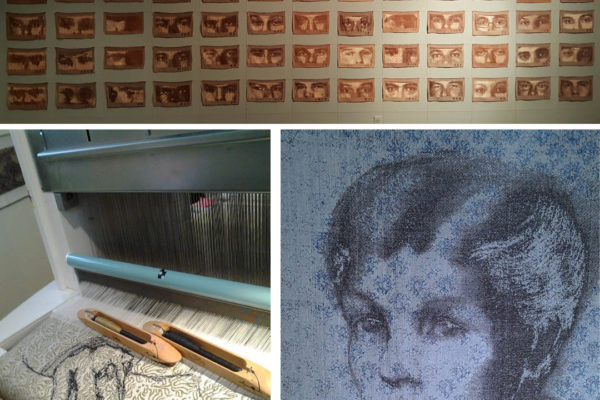 The New Brunswick Museum (NBM) invites the public to a new exhibition of work by New Brunswick artist Vita Plume, the first artist in a series of four from the popular continuing exhibition series Know Your Own Artist.

As part of the NBM’s mandate to recognize, celebrate and preserve New Brunswick contemporary artists’ work that will continue to help shape and share our past, present and our future, the NBM is pleased to be celebrating with the artist by hosting an intriguing and noteworthy gallery of carefully selected works, many inspired by the NBM collections, on the second floor at the NBM Exhibition Centre.

Selected through a jury process, the major solo exhibitions in this series are the continuation of an extremely successful project originally started by the NBM in 1949.   Since the series was renewed in 2008, the NBM has featured the work of eight prominent artists from throughout the province.  Those exhibitions provided New Brunswickers the opportunity to experience recent work by contemporary visual artists who are having a significant impact within the province and beyond.

Scattered photographs, fragments of cloth and written words house stories and memories. These are the physical and intangible records that Plume collects, studies and considers.  They are her inspiration and, by reflecting on their narratives, she creates elegant and complex weavings that combine her concerns about identity and culture, as well as loss and remembrance.

Over the past quarter century, Plume, as a textile artist and weaver, has commemorated and commented on subjects as diverse as autobiography, national independence and cultural peril. She has honoured friends and colleagues, lamented the human cost of war, acknowledged the almost forgotten role of women in craft textile production as well as celebrated how the past is preserved and shared.  Her woven collages symbolize the ongoing transformation of identity through the fusion of ideas, imagery and patterns.  They guide us to a better appreciation of people, social values and ideals.  Through Plume’s sensitivity and insight, the lessons of history speak.

Peter Larocque, NBM Curator of Art and History shares, “A museum by its very nature is a locus of commemoration…where proof of cultural achievements, broad societal trends and samplings of the natural world are gathered, researched, preserved and interpreted in the hope of providing both guidance about, and enjoyment of, those artifacts and specimens in order to tell us about ourselves, others and the world around us.”

Visitors to the NBM will see many commemorations from Plume including one very near and dear to the NBM where Plume spent a significant amount of time alongside NBM Humanities and Archives & Research Library teams studying images, paintings and other objects including that of her latest project, the Alice Webster Suite (2018-2019), a historical, semi-public figure is recalled for the role she played in amassing resources for New Brunswick artisans and the general public.

Fallen Soldiers is one of the works in this exhibition. This installation contains 78 pieces taken from Plume’s 159 memorial weavings of the Canadian soldiers who sacrificed their lives in the Afghanistan War, including ten New Brunswickers who died between 2 October 2003 and 4 July 2009. They are:

The artist and the New Brunswick Museum would like their family and friends to know that they are remembered.

Commemorations – Vita Plume, will be on display until September 8, 2019. Watch for future programming and activities that are being developed for a variety of audiences’ enjoyment over the summer months with this exhibition and artist.

Register for Exhibition: “Know Your Own Artists” Series at the NBM – Commemorations – Vita Plume

Your ticket for: “Know Your Own Artists” Series at the NBM – Commemorations – Vita Plume

“Know Your Own Artists” Series at the NBM – Commemorations – Vita Plume