The Army Train was a 15 car railway train containing displays of arms, clothing, equipment etc., and was authorized by the Canadian Department of National Defence to assist in the sale of Victory Bonds and to act as a stimulus to the recruitment of more soldiers, by presenting a visual guide to Canada’s war effort during World War II. 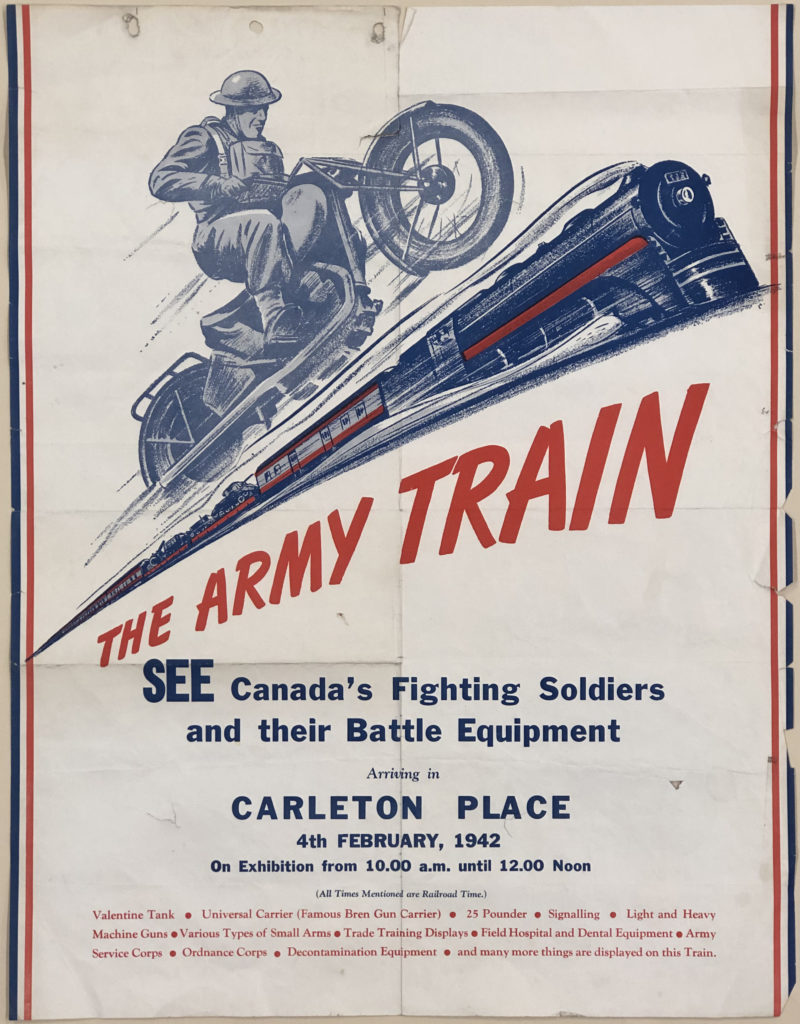 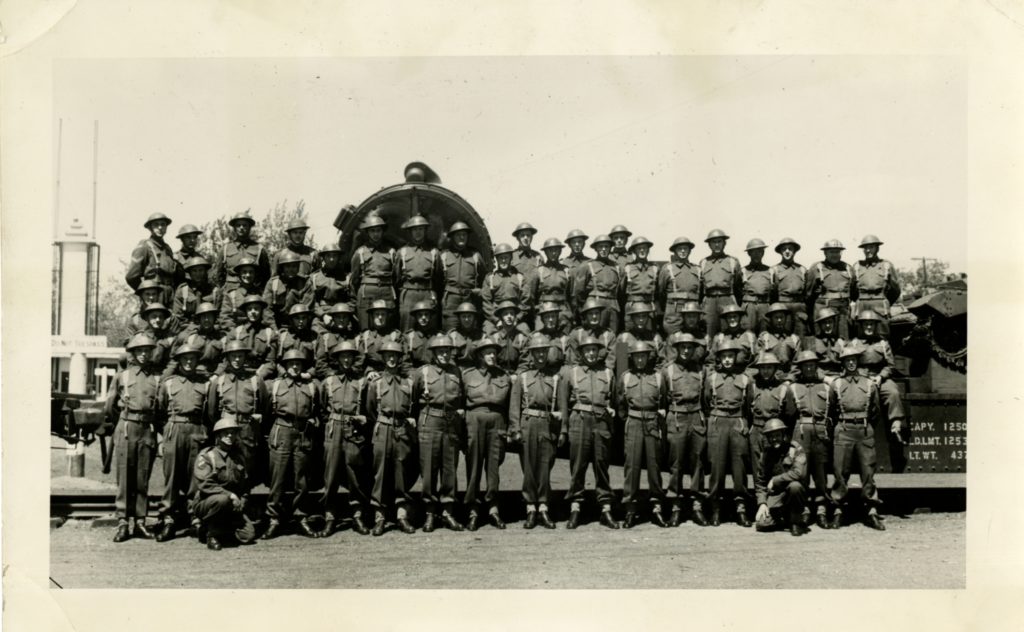 With approximately 66 personnel, the train left Ottawa on Feb. 3, 1942, travelled to various locations in Canada (202 cities and towns), and had 800,176 people visit the display train. It completed its journey on May 10, 1942, after which time the train was dismantled. 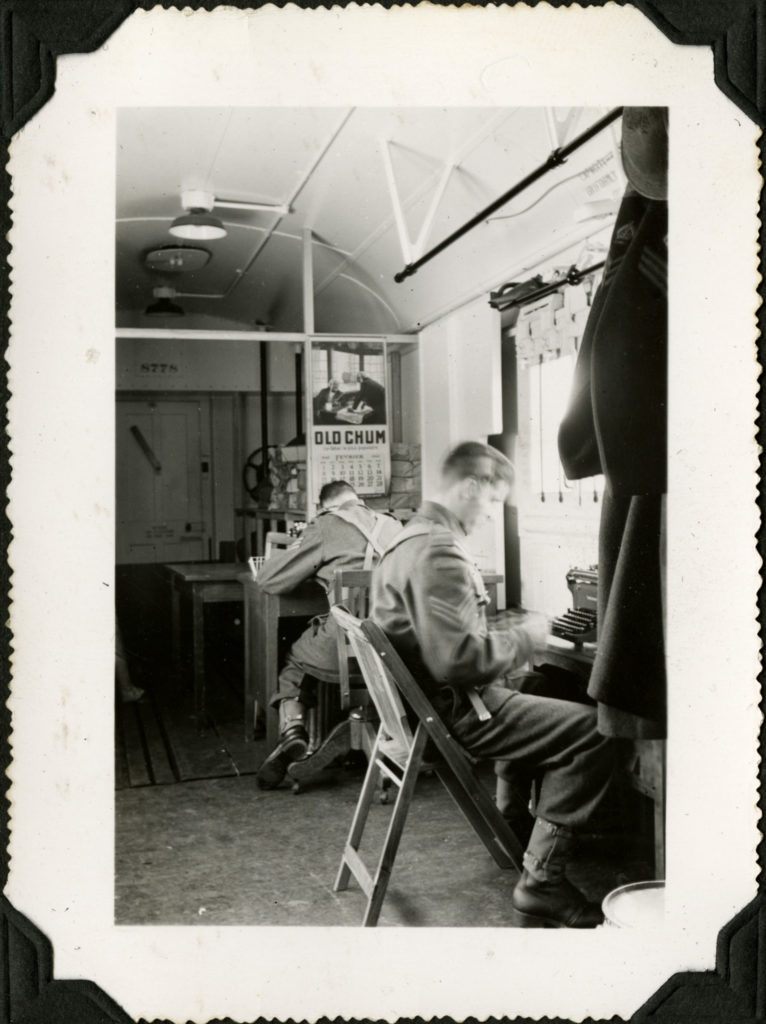 There were seven representatives from New Brunswick on the train: 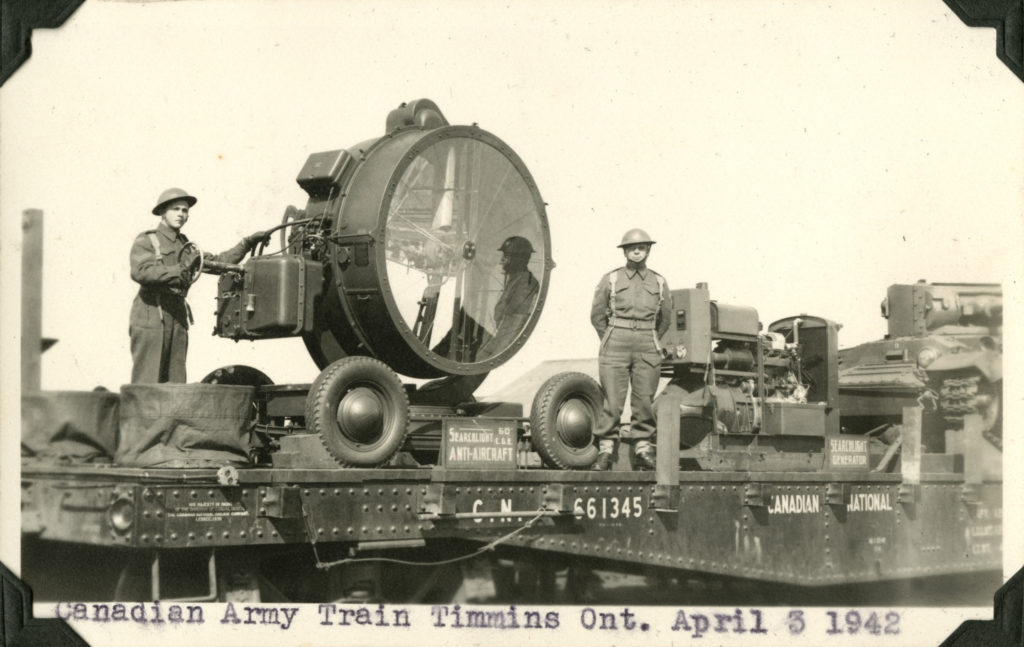 The New Brunswick Museum Archives & Research Library holds more than one collection related to the Army Train. The collections include maps, itinerary, posters, procedures for the demonstration train, a transcript of a war diary detailing information about each stop made by the train; various personnel who were on the train, and 2 photograph albums. 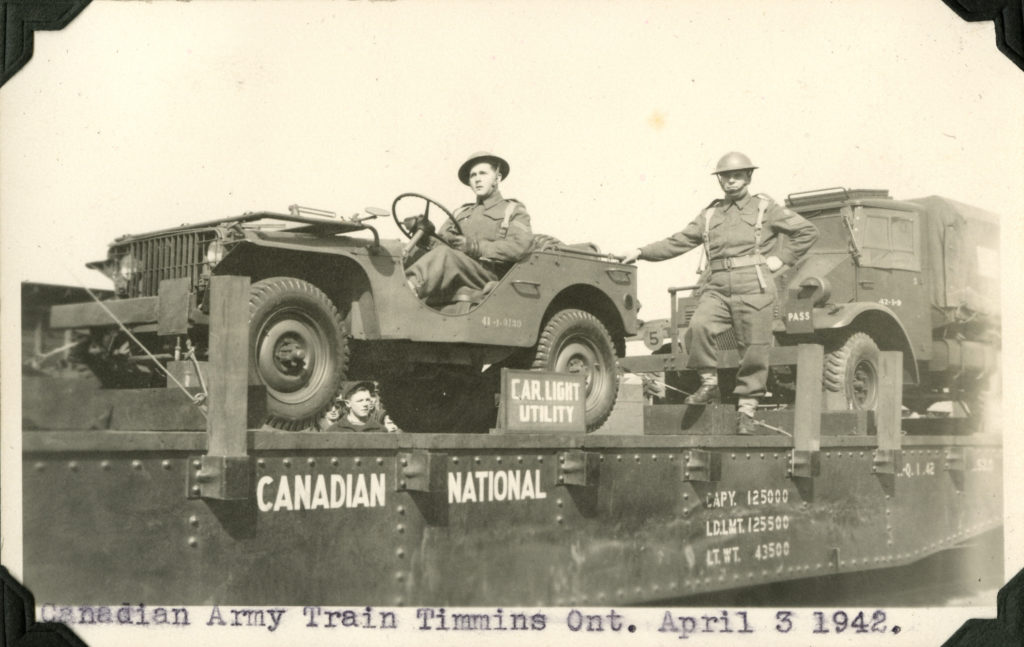