For a year, NBM Conservator Dee Stubbs-Lee has been working to preserve the semi-fossilized bones of two walrus (Odobenus rosmarus) from the Bay of Fundy; a partial skull and a single tusk from a second individual. These ice-age fossils are roughly 10,000 years old! Both were dredged up by First Nations fishing crews from St. Mary’s First Nation and donated to the NBM. 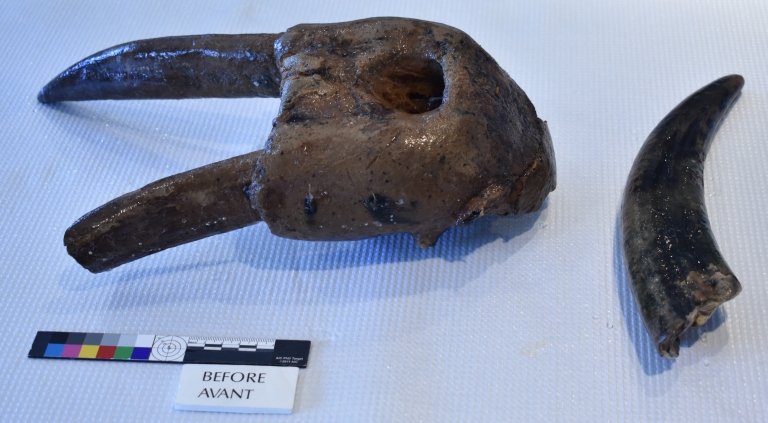 Wet specimens upon arrival at the conservation lab

Crystalizing salts in the seawater would have destroyed the fossils if permitted to dry naturally. Therefore, over months, salt was gradually removed by immersion in freshwater. Once salt-free, the specimens were dried in a controlled way over many months.  In spite of this effort, both specimens began to rapidly deteriorate in response to the lack of climate-control in the 1930’s era Douglas Avenue Collections and Research building. Decisions around the care and conservation of NBM collections always consider both long term preservation and any future scientific testing. Stubbs-Lee therefore used a special conservation adhesive to coat the fossils, preventing further deterioration. 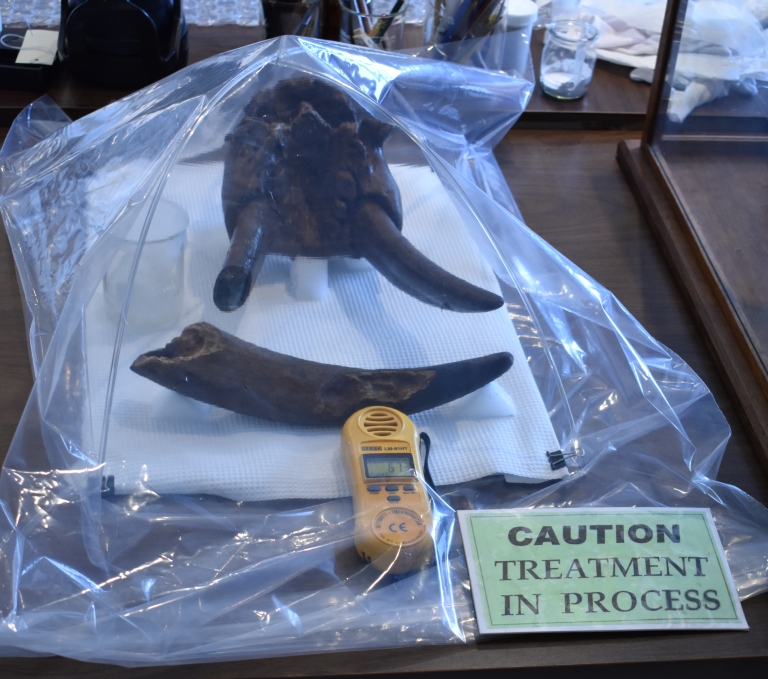 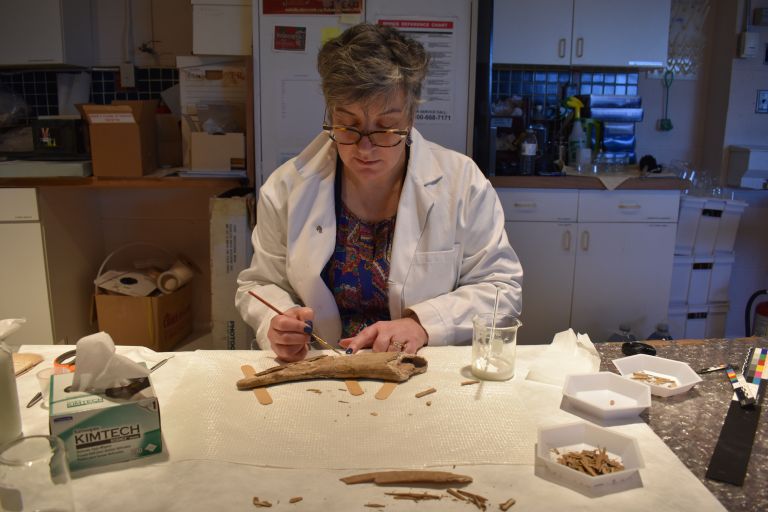 Assistant Curator of Paleontology, Matt Stimson, and Saint Mary’s University palaeontologist Dr. Andrew MacRae, created a 3D computer model of the walrus skull. The technique, called photogrammetry, uses hundreds of overlapping photos to record the fossil’s size and shape.  The digital model can be viewed and studied in 3D using specialized computer software or even printed on a 3D printer.

Screen shot of the 3D point cloud. Each blue square represents the position of a camera photo of the skull

Screen shot of the 3D model with the messy background

Screen shot of the 3D model before the background is

A screen shot of 3D model after removing the background 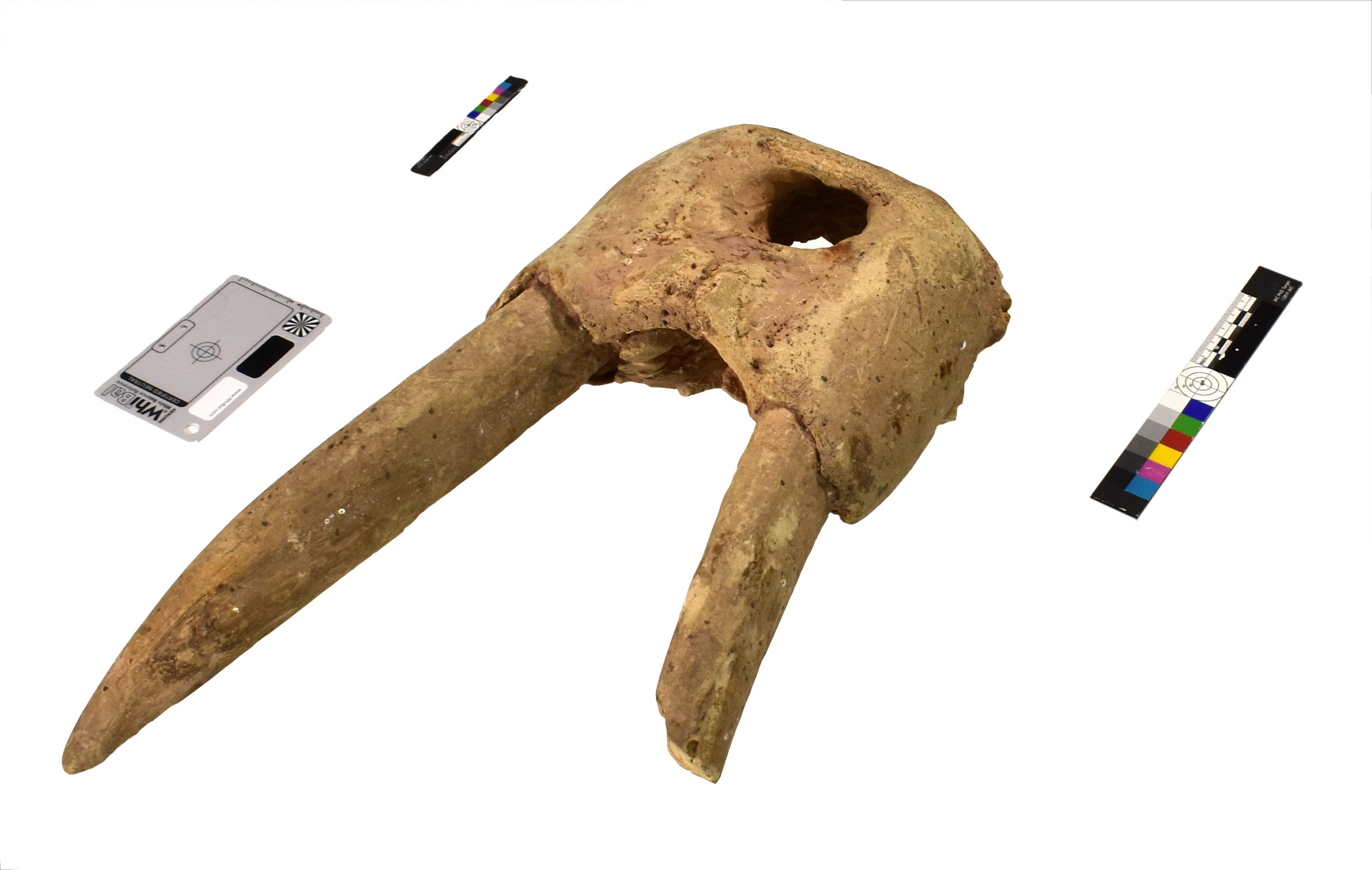 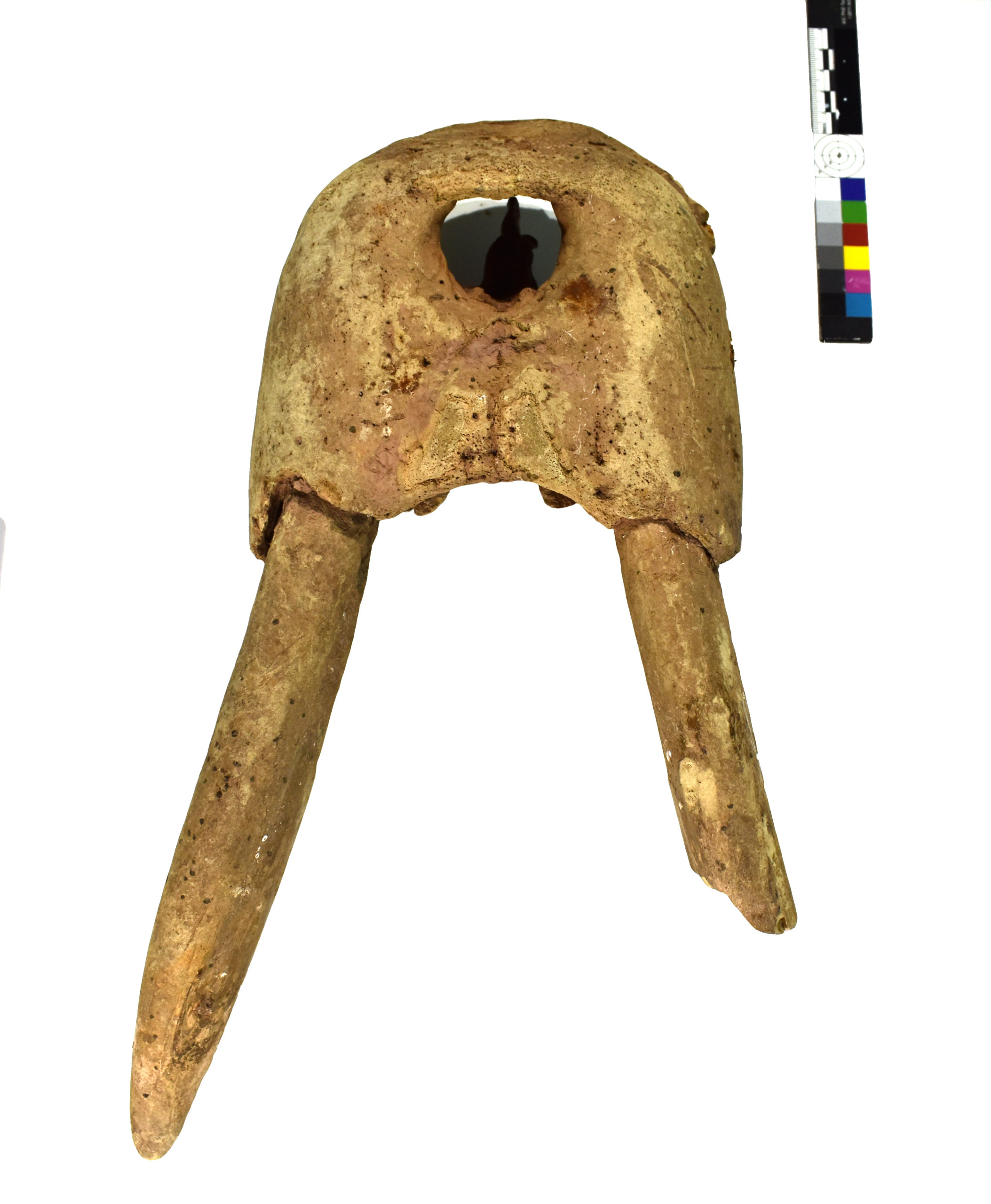 Your ticket for: Preserving the semi-fossilized bones of two walrus from the Bay of Fundy