In Remembrance of Veterans

The military history collection at the New Brunswick Museum effectively began after the First World War when veterans returning from overseas began to donate their uniforms, weapons and memorabilia including captured enemy souvenirs.

Thereafter, the collection deepened and broadened to include the present significant holdings of New Brunswick peace time militia uniforms from the 19th through the early 20th century and conflict-era examples from both world wars together with post-1945 acquisitions.

Each year at the eleventh hour, on the eleventh day of the eleventh month, we pause to reflect on the great sacrifices made by those who served, and currently are serving, our country and our province. The New Brunswick Museum takes great pride on behalf of all New Brunswickers in collecting, researching, preserving and interpreting – remembering and honouring – this critical part of our history.  Here in this blog, we share these photos and stories of the veterans whose efforts have ensured our country’s freedom.

Sergeant John Wesley Cossman (1878-1956)
A farrier (blacksmith) and machinist, he had previous experience in the South African War when he enlisted on 20 November 1914. He served with Divisional Ammunition Column (2nd Canadian Division) until his discharge on 4 July 1919. 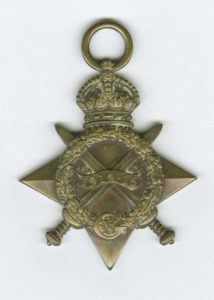 Sergeant Herbert Leslie Creighton (born 1893)
A clerk at the Canadian Express Company, he enlisted on 23 September 1914 with the Canadian Signals Corps. He was awarded the Military Medal for his work advancing telephone lines at Fresnoy, France. 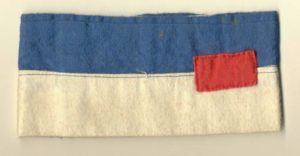 Private George Sylvester Deforest (1882-1921)
A clerk/freight handler with the CPR, he enlisted on 8 November 1915. He served with the 140th Battalion until he was medically discharged on 15 March 1918. 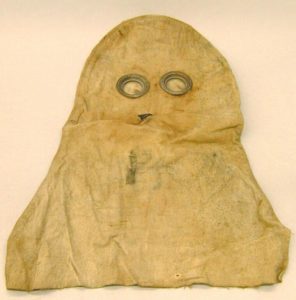 Alban Schofield Emery (1893-1990)
Enlisted with the Royal Flying Corps on 23 June 1917 and served until his discharge on 10 January 1919. After training at Camp Borden he was stationed at the training airport at Leaside, ON, as an air mechanic, 1st Class. 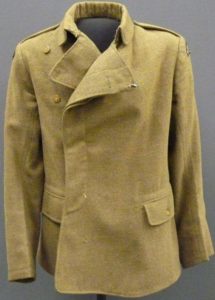 Nursing Sister Hazel May [Hayes] Smith Endsley (1879-1931)
After enlisting with the Red Cross in 1915 she joined the Canadian Army Medical Corps in August 1916. She was the first woman buried in the Fernhill Cemetery Field of Honour.

Private Milford Franklin Hawkins (1898-1917)
A fisherman from Beaver Harbour, NB, he enlisted on 3 February 1916. He was transferred to the 26th Battalion in October 1916 and was killed at Passchendaele on 6 November 1917. He was awarded the Military Medal for his conspicuous gallantry and devotion to duty. 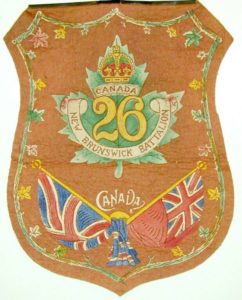 Lieutenant-Colonel Gordon Guthrie Keith Holder (1894-1988)
A stenographer at St. John Milling Co, he enlisted on 13 December 1915. He enlisted as a private and by the end of the war was Company Sergeant Major. He was awarded the Distinguished Conduct Medal on 30 December 1918. 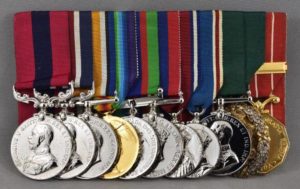 Captain Harold Wyndham Humphrey (1893-1975)
A bank clerk, he enlisted on 4 February 1916 as a gunner in the 7th Canadian Siege Battery, Canadian Garrison Artillery. He was appointed Corporal in June 1916, promoted to Sergeant in January 1918 and then to Captain in May 1918 when he was with the Canadian Artillery Regimental Depot and the Composite Brigade, Canadian Reserve Artillery. He was discharged on 21 August 1919. 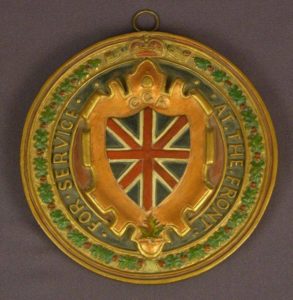 Lieutenant-Colonel George Hamilton Johnson, O.B.E., (born in 1878)
A mechanical and electrical engineer, he enlisted on 15 August 1916. He was an officer in the Canadian Forestry Corps (242nd Battalion, CEF) and he became a Chevalier of the Légion d’honneur of France in 1919. 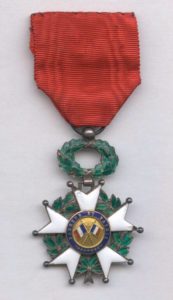 Lieutenant-Colonel Albert Edward Massie, D.S.O. (1868-1937)
Manager of Dominion Rubber System Ltd. in Saint John, NB, he enlisted on 25 February 1915. He became a Companion of the Distinguished Service Order on 4 June 1917. 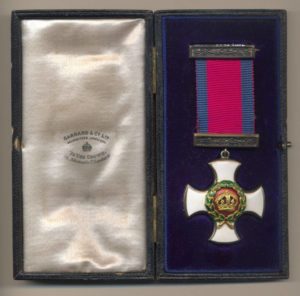 Private Arthur Merritt Magee (1892-1915)
A bank clerk in Saint John, NB, he enlisted on 23 September 1914. He served in the 10th Battalion (1st Canadian Infantry Division). He fought in the Second Battle of Ypres, was injured and went missing on 24 April 1915. He was declared dead and is buried at Poperinghe Old Military Cemetery, Belgium. 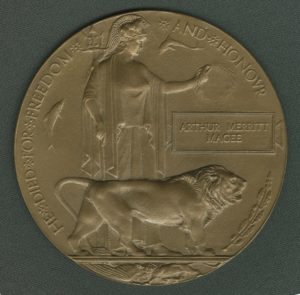 Roy Manfred Corey was a farmer and miller in Havelock, King’s County when he was conscripted for service in June, 1918. He served in the 44th Canadian Battalion, C.E.F., originally designated a Manitoba unit that became a New Brunswick battalion in August, 1918. Lance Corporal Corey suffered from a bout of influenza for the better part of a month in December, 1918, possibly the dreaded Spanish flu. 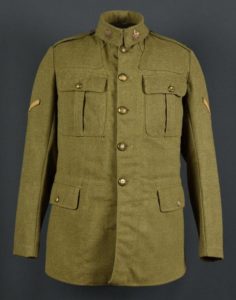 Edith Tilley Hegan Stead was born in Saint John, NB in 1881. She graduated from Columbia University in 1907 with a Bachelor of Nursing and served in the Canadian Army Medical Corps in England and France. She was transferred to the Anglo-Russian Hospital Corps and in February and March of 1917 worked in Petrograd where she witnessed the outbreak of the Russian Revolution below her on the Nevesky Prospekt. 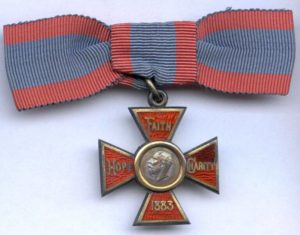 William Victor Miller was born in Nictau, Victoria County in April, 1888. He was a farmer and registered guide when and joined the 26th Battalion overseas in April of 1916. He saw action at Vimy Ridge and Passchendaele before returning to New Brunswick in 1919 where he returned to his old occupations. In 1925 he also went into the canoe making business. Miller canoes became famous for their craftsmanship and are still made today.

Theodora McKiel was born in Bathurst, NB in 1869 and trained as a nurse in Massachusetts before enlisting in the Canadian Army Medical Corps as a Nursing Sister in 1914. She served in Canada, England, France and Salonika, Greece and was awarded the Royal Red Cross, 2nd Class in 1918 and was mentioned in Dispatches during 1917-18.
Her kit bag is a rare example of a Canadian Nursing Sister’s equipment from the Salonika campaign. 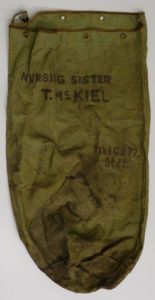 Frederick Austin Day was born in Berbice, British Guyana and immigrated to Saint John with his parents in 1897. In 1914 he was working in Alberta when he enlisted in the 9th Battalion, shipped overseas and joined the 2nd Hampshire Regiment, British Army. In 1916 he transferred to the Canadian Training Brigade and then to the 2nd Battalion, Eastern Ontario Regiment. He was wounded three times in 1917 and invalided home. 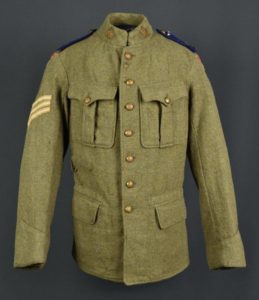 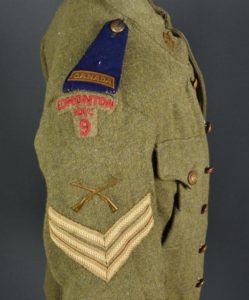 Guy Launceton Short was born in New York City on September 15, 1893 to an American father and a Canadian mother, Helen Wood Snider. A clerk in a trust company when he enlisted in the 115th Battalion C.E.F. in February, 1916, he later transferred to the 47th Battalion for active duty in Belgium and France. He later served with the Canadian Expeditionary Force (Siberia) in 1918-19 sent to oppose the Bolsheviks. 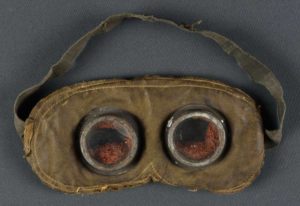 Clarence McNaughton Steeves of Hopewell Hill, NB was Assistant Engineer with Public Works Canada and engineer in charge of Saint John Harbour between 1908 and 1914. He went overseas in 1916 with the 115th Battalion as a lieutenant. Steeves later became Captain and Adjutant with the 9th Field Company, Canadian Engineers in 1917 and then the 9th Battalion, C.E. in 1918 while serving from Vimy Ridge to Mons. 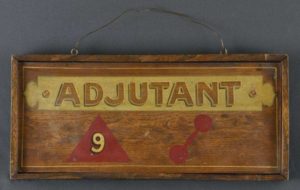 Emily Louise Purves was born in Upper Mills, Charlotte County in 1878, the daughter of lumberman and grocer William C. Purves and Henrietta Porter. She was an active member of the Great War Veterans Association, founded 1917, aimed at ‘the welfare of our returned men, inmates of hospitals, of casualty depots and discharged men coming home’. The GWVA became part of the Royal Canadian Legion in 1925. 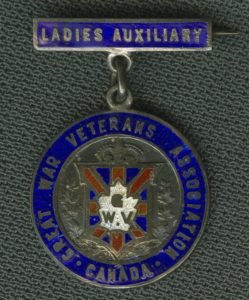 Rudolph McKiel was born in Bright, York County in 1883. He enlisted in Valcartier, Quebec in August, 1914 as part of the 12th Battalion which sailed for England in early October. In mid-February, 1915 he was transferred to the Princess Patricia’s Canadian Light Infantry and proceeded to Belgium where he died of wounds sustained at Ypres on April 24. His sister was Lt. Theodora McKiel, Canadian Army Medical Corps. 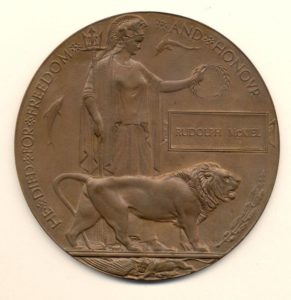 Private Percy Saunders was born at Gondola Point, NB on October 21, 1887. A laborer, enlisted in the 55th Battalion in Sussex in June, 1915, landed in England in mid-November and transferred to the 5th Battalion Canadian Mounted Rifles in June of 1916. Joining his unit in France shortly thereafter he died of wounds received at Courcelette on September 21 and was buried in the Puchevillers British Cemetary on the Somme, France. 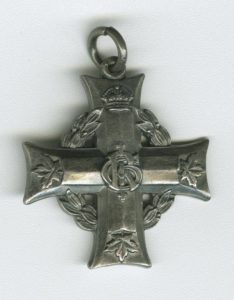 Private Ernest Walter Saunders was born March 8, 1894 at Gondola Point, NB. A farmer, he enlisted in the 55th Battalion in Saint John on March 31, 1915 and joined the 14th Battalion C.E.F. (Royal Montreal Regiment). He sailed from Levis, Quebec on June 19 and was noted as missing in action June 3, 1916. His name appears on the wall of the Menin Gate (Ypres) Memorial in Belgium. He was the younger brother of Private Percy Saunders. 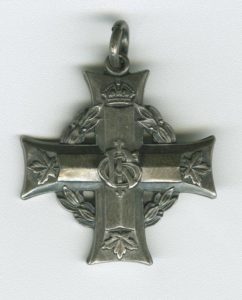 George Melvin Stewart was a native of Blackville, NB, born July 14, 1889. Stewart enlisted May 14, 1915 at Sussex, NB and proceeded overseas on October 30, transferring to the 42nd Regiment, Royal Highlanders April 16, 1916. He received a gunshot wound to the head during the Battle of Passchendaele on November 17, 1917 and was in and out of hospitals for the remainder of the war. He arrived back in Canada April 23, 1919. 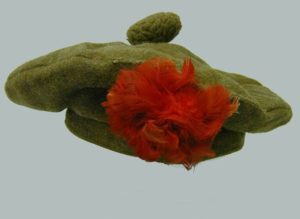 Dr. Margaret Parks was born on March 3, 1876 in Saint John, NB. She attended the Ontario Medical College for Women in Toronto, graduating in 1901. With the outbreak of war in 1914, Margaret enlisted in the Canadian Army Medical Corps as an anesthetist. She served Canadian military hospitals in England and France.

Lt. Colonel Charles Herbert McLean was born in King’s County, NB, enlisted in July, 1915 and served in France from that October to the Armistice. On November 1, 1918 his display of ‘conspicuous gallantry’ at the Escant Canal near Valenciennes resulted in his receipt of the Distinguished Service Order (far left). His medal set also includes service in the Spanish-American War with the 1st Ohio Cavalry.(far right)

Colonel Edward Colpitts Weyman grew up in Sussex, NB, served in the militia and after going overseas was injured when struck by a car, restricted to administrative duties and finally saw action in 1917 with the 42nd Battalion, Royal Highlanders of Canada. The same year he was struck by shrapnel, lost a leg and returned home in 1919. 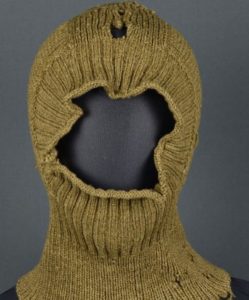 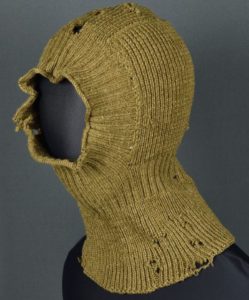 William Burgess Nase of Westfield, NB, was a locomotive engineer living in Fort William, Ontario, when he enlisted in the 52nd Battalion, C.E.F. in April, 1915. Later, as a member of the 8th Battalion, he was seriously wounded in November, 1917. Nase was then transferred to the 2nd Battalion, Canadian Railway Troops where he assisted in building light railway lines close to the front. He resumed his old job after the war. 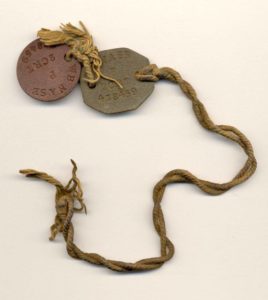 Dr. Murray MacLaren was born in Richibucto, NB, but came to Saint John with his family at a young age. After studies at U.N.B., he trained as a physician at Edinburgh, London and Vienna. MacLaren went overseas in September 1914, first to England and then to France where he became commander of No. 1 Canadian General Hospital at Étaples. Later he rose to the position of deputy-director of Canadian medical services.

Private John Blythe Ward, a native of McKees Mills, Kent County, was a teamster at T. McAvity & Sons in Saint John, NB, when war broke out. He enlisted in the 115th Battalion in early January 1915 and boarded ship for England in July, 1916. Ward eventually ended up in the 24th Overseas Battalion in France that October. He was killed August 15, 1917 in the 2nd Division’s attack on Hill 70. 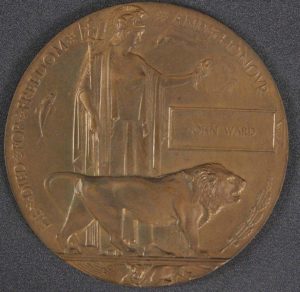 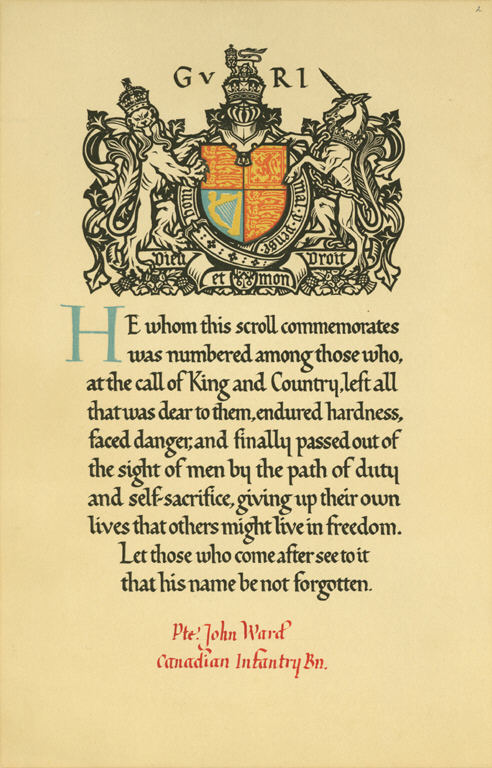 Bertram Smith immigrated to Canada from England in 1904. He enlisted in the 55th Battalion as a lieutenant in 1915 and then the 25th Nova Scotia Battalion once overseas. Severely wounded at Mount St. Eloi in 1916, he returned to North America, training troops at the National Guard Camps in Farmingham and Williamstown, U.S.A. Smith became Captain of “A” Company, 1 New Brunswick Depot Battalion in 1918. 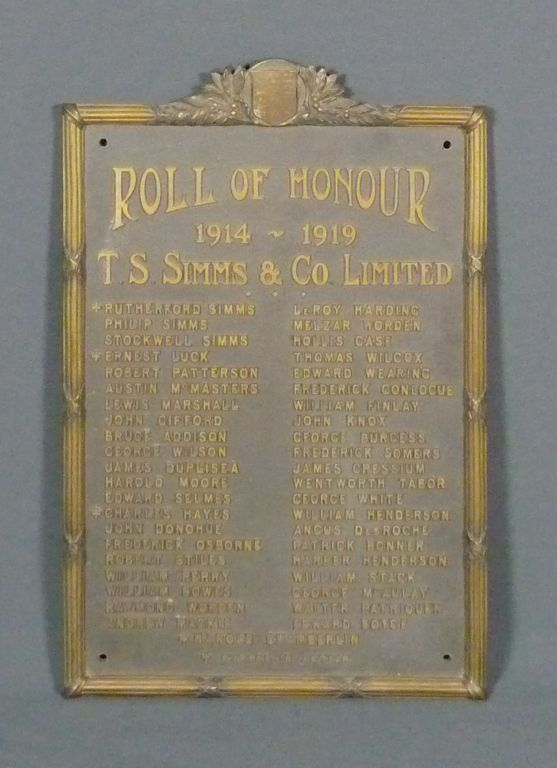 Your ticket for: In Remembrance of Veterans

In Remembrance of Veterans