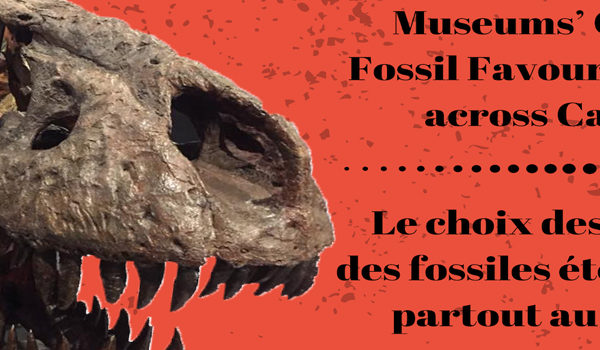 Until 31 January 2019: The New Brunswick Museum (NBM) is pleased to host the exhibition Museums’ Choice: Fossil Favourites from across Canada.

To celebrate the 150th anniversary of Canada’s Confederation, members of the Alliance of Natural History Museums of Canada (ANHMC) have collaborated to develop a national travelling exhibition, produced by the Royal BC Museum, and travelled by the Canadian Museum of Nature. Since 2002, the ANHMC network shares information and educates Canadians about natural history collections and museum research across the country.

This exhibition features contributions from 11 ANHMC member museums across Canada, showcasing noteworthy fossils that represent significant discoveries and research at these institutions.

The exhibition features some of the network’s most impressive and significant fossils and fossil replicas from various regions across Canada. Footprints from an extinct, giant millipede from the NBM collection are a notable part of this unique traveling exhibition.

Register for Exhibition: Museums’ Choice: Fossil Favourites from across Canada

Your ticket for: Museums’ Choice: Fossil Favourites from across Canada