NBM-MNB > Exhibitions > A Circle of Life

A Circle of Life 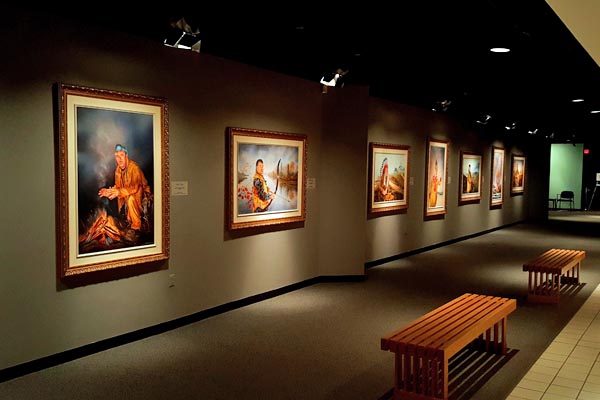 Until 8 July 2018: Donald McGraw, originally from Pokemouche, NB, has been working as a representational artist since the early 1970s. In 2001, he envisioned a group of paintings that would acknowledge the presence and survival of Indigenous people who have inhabited, since time immemorial, this territory now known as New Brunswick. His meticulous efforts resulted in twelve portraits of Indigenous chiefs from communities around the province. Throughout his travels on this epic journey, McGraw saw an immense pride of identity and gained a deeper understanding of the shared relationships among, people, nature and spirit. This suite of works, A Circle of Life, is McGraw’s respectful tribute, as an Acadian, in honour of all the compassion and friendship that has been offered by Indigenous people for more than four centuries.

Register for Exhibition: A Circle of Life

Your ticket for: A Circle of Life

A Circle of Life